The Band Photographs 1968-1969 features more than 200 photographs documenting the Band during the time they made their first two albums, Music from Big Pink and The Band.  More than half of the photos, drawn from Elliott’s archive of more than 12,000 images, have never been published before.  This book is a pictorial history of The Band few have ever seen.

Elliott’s Kickstarter campaign to fund the creation of the book was the highest funded for a photography book in Kickstarter’s history.

There are three editions of the book:

REGULAR EDITION • not available here • $45Unsigned. This version is not being offered here. It will be available through booksellers.

SIGNATURE EDITION • $85
Free Shipping to USA
This is signed by Elliott in gold toned pigmented ink on the front sheet of the book. In addition, it includes a bonus separate 3 page, two sided foldout sheet showing the thumbnails and captions for all the photos in the book. This edition is the one which Kickstarter supporters will receive.  We printed only a few hundred extra copies and it will not be generally available again until a second edition is printed.  As they sell out, the price will rise.

DELUXE EDITION • $500
Free Shipping to USA
Limited Edition of 325 copies, packaged in a slip case, it includes an 8×10 inch Fine Art pigment print, The Band with Hamlet, 1968” which was printed and signed by Elliott in his studio. It also includes the bonus separate 3 page foldout sheet showing the thumbnails and captions for all the photos in the book.

Elliott describes his vision for The Band Photographs book 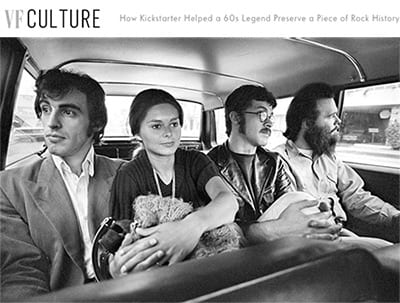 Read the Vanity Fair Article about how Kickstarter Helped a Elliott Preserve a Piece of Rock History with The Band Photographs Book Project.

“Most fans will recognize the familiar vein of photos that harkens back to the old-timey portraiture of the late 19th century, but completists will rejoice at the first-ever publication of various outtakes from the time. You’ve seen the one where they’re all lined up, all serious-like, with the mountains in the background? Fine. We bet you haven’t seen the one from that series that includes Hamlet the black poodle. (Hamlet was originally Bob Dylan’s dog, but Dylan gave him to Rick Danko after the poodle started nipping at his young children.) All told, more than half of the book’s photographs have never been published before, including some stunningly vibrant infrared photos of the likes of Danko, Levon Helm, Garth Hudson,Richard Manuel, and Robbie Robertson.” 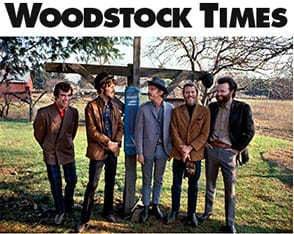 “The book is a sumptuous volume, indeed. It’s out now, on Backbeat Books, an imprint of publisher Hal Leonard. But it represents the artistic concept of Landy alone, financed by Kickstarter, the crowd funding source, from which Landy gathered an astonishing $200,000, the most ever collected for a book of photography.”

“[Landy]: ‘I think in music, and amongst music aficionados they’re considered one of the best and most original bands. Taplin explains that…See, I don’t know anything about this at all, the nomenclature of music. What I say is that this is organic music, they were very natural people, they were not affected at all, they treated everybody with equal kindness, whether they were a record company executive or whether they were the deli guy making a sandwich for them. You were all equally respected. What they created together, the harmony, the connectedness of their music, the feeling space and life, touched people.’”

“[Landy]: ‘Before I photographed them I hadn’t heard their music. When a musician plays, he’s putting a vibration out there into the universe — art is a manifestation of a person’s inner being — so I felt immediately comfortable with these guys, and they with me. They invited me in, they never minded me being there and taking pictures…I was inspired. The music is like food,  I hear it and it feeds my desire to take pictures of them.’”

“Photographer Elliott Landy was in the right place at the right time—documenting The Band making their first two albums, Music From Big Pink and The Band. The 200 photos in The Band Photographs, 1968-1969(Backbeat Books), many published for the first time, are refreshingly intimate portraits of five nonconformist musicians creating the proto-genre we now call ‘Americana’ music.”

A photographer who captured the Woodstock Music and Art Fair and an iconic image of Bob Dylan has released a book with lively, engaging and never-before-seen pictures of another of his favorite subjects – The Band.

Elliott Landy, who lives in Woodstock and whose famous photo of Dylan graces the cover of the former Ulster County resident’s “Nashville Skyline” album, has published “The Band Photographs, 1968-1969.”

The book of photographs captures with sweeping images the then-Woodstock-based band that generated some of modern rock music’s most enduring songs – “The Night They Drove Old Dixie Down,” “The Weight” and “Up on Cripple Creek” among them.

Along with a wide perspective on The Band, Landy’s pictures serve up plenty of nuance, plenty of detail, on instruments, amplifiers, characters, setting and expression… 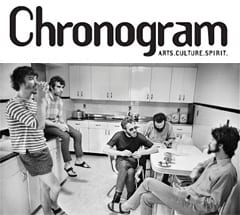 If there’s one photographer who has defined 1960s rock music, it’s Elliott Landy. The Bronx-born lensman, who has lived in the Town of Woodstock since late in the decade, is well known for having created some of the most iconic album-cover portraits of the era, among them Bob Dylan’s Nashville Skyline, Van Morrison’s Moondance, and The Band’s Music from Big Pink and The Band. The legendary latter act is the focus of The Band Photographs: 1968-1969 (Backbeat Books), a new fine-art book overflowing with classic and previously unseen images of the fathers of Americana. “When I first met them, The Band didn’t even want to have a name,” says Landy about the famously down-to-earth subjects who rehearsed up the road in a West Saugerties house they called Big Pink. “That doesn’t make sense commercially. But when they were playing with Bob Dylan they saw what being locked in by your success could be like, and they didn’t want to be known for doing one certain kind of music.” Besides being the definitive collection of Band photos, the lush tome was the center of a Kickstarter campaign that raised nearly $200,000 (the second-highest amount of money ever raised for a photography book on Kickstarter, according to Landy) to cover the book’s ultra-high-quality production.

Landy, whose pictures have adorned the covers of Life, the Saturday Evening Post, Rolling Stone, and other publications, also shot such rock luminaries as Janis Joplin, Jim Morrison, and Jimi Hendrix and has published other books of his work. As the official photographer of the 1969 Woodstock Festival, his credentials as the visual chronicler of the so-named generation are impeccable. “The Woodstock Festival was a manifestation of the consciousness of a large group of people who wanted and deserved peace and love,” says Landy. “Which is something I still believe in, and something that relates to questions we’re still asking now about the world.”

Photographer Elliott Landy to Release The Band Photographs, 1968-1969Elliott Landy, who has photographed the likes of Bob Dylan and the Band, Janis Joplin, Jimi Hendrix, Jim Morrison, Joan Baez, Van Morrison and more, is releasing his book, The Band Photographs, 1968-1969 and hosting a book signing in New York this weekend. The photo book contains over 200 intimate black and white and color photographs of the legendary group in the midst of recording their first two records. The project started as the most-funded photo book Kickstarter in history. The book features commentary by John Simon, who produced those two albums, and an introduction by Jonathan Taplin, former Band tour manager.

New Books for a New Year

Finally, a quick note to say that Elliott Landy’s Kickstarted book of The Band Photographs (Big Pink etc) is now available in various enhanced formats from his web site … and going fast … (there’s a preview there as well as on Amazon) and from book stores. Prices range from $45 to $500 and Elliott’s web site is offering the first edition print of the book. I mention this because, although they are in a minority, there is a section of infrared photos amongst this set. I wrote more about this almost exactly a year ago.

The Band Photographs: 1968-1969 (Backbeat) by Elliott Landy. This book of beautifully reproduces Landy’s black-and-white images of the quintet, offering an up-close and intimate look at the Canadian-American roots rock band that backed Bob Dylan between 1965 and 1967. By the time these photos were taken, the group had begun to be known simply as The Band and were performing on their own. Photos include group shots for albums as well as loads of candids. Best read with The Band playing on your system. 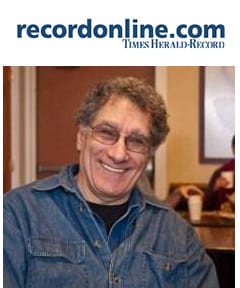