An Interview with Elliott Landy by Julie Motz on on her show, Art’s Desire. Broadcast on KWMR, Marin County Public radio, California. April 21, 2016. Elliott Talks about three of his books, one as yet unpublished. Woodstock Vision, The Sprit of a Generation; The Band Photographs, 1968-1969; and the unpublished collaboration with his wife Lynda, Love At Sixty

Time.com
Iconic Woodstock: A Photographer Looks Back
In 2009, for the 40th anniversary of the Woodstock Festival, Time.com
created this slideshow of Elliott’s photos and commentary.

FotoTV
Legendary photographer Elliott Landy photographed many of the underground rock and roll superstars, both backstage and onstage, from 1967 to 69. His images of Bob Dylan and The Band, Janis Joplin, Jimi Hendrix, Jim Morrison, Joan Baez, Van Morrison, Richie Havens, and many others documented the music scene during that classic rock and roll period which culminated with the 1969 Woodstock Festival, of which he was the official photographer. In this exclusive FotoTV film Landy discusses the underground music culture in New York City in the late 1960’s and how it has affected him and his stellar career. With his memorable and insightful photographs he helped define the Woodstock Era with intimate images of some of the greatest music legends of the Sixties at home and in concert

Montreal Jazz Festival Center
Elliott began his photographic career in the turbulent ’60s, while the Vietnam War raged and young Americans protested and rejected established traditional values. When the mainstream press balked at publishing his photos of anti-war protests, he offered them for free to underground newspapers in New York City, where he lived. He would therefore gain access not only to the political scene of the moment, but above all to the great countercultural movement known as rock’n’roll. From 1967 to 1969, Elliott would bring his camera backstage, onstage or to the homes of a who’s-who of emerging rock’n’roll superstars: Bob Dylan, The Band, Janis Joplin, Van Morrison, Jimi Hendrix, Frank Zappa, Jim Morrison, Joan Baez, Eric Clapton and many others who carried a generation’s message of hope and freedom which would go on to change the world. In 1969, he was the official photographer of the Woodstock Festival, held in Bethel, near the peaceful town of Woodstock in New York State. Over 500,000 assembled to revel in music and celebrate life and a new way of being. Woodstock would become one of the landmark moments in the history of popular music and American culture.

Signed Prints, Books and Product Bundles available in the E-Shop. 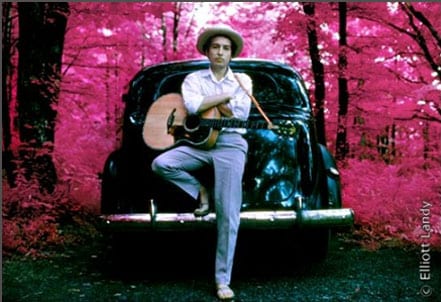 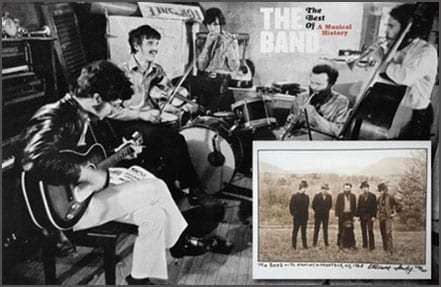 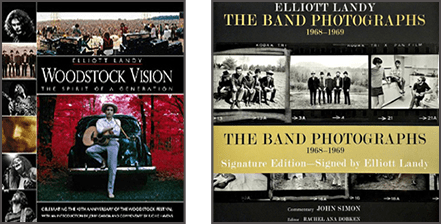