Housed in the Utopia Sound Stage in Bearsville, NY.

A 30 minute music/film presentation created by Elliott from his Sixties photographs with an App he invented as a new way to experience film and music that has never been seen before. The sound stage also featured a 33 print exhibition in celebration of the 50th anniversary of the Woodstock Festival. 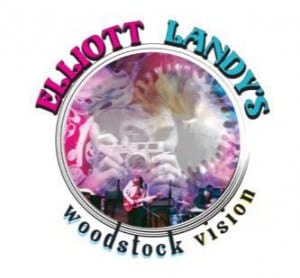 I thought I was going to rush out and be able to distribute and show my films. However I discovered that the way I needed to work was impossible with then current technology. Since then I’ve pursued this new kind of filmmaking through every new digital technology that came along, videotape, videodiscs, CD/DVD, and then video editing software. Finally, a few years ago, I developed my own software to enable me to make my own kind of music films which will be seen for the first time at Utopia Studios. We’ll be debuting a half hour of these short music film experiences.

Since it’s the 50th anniversary of Woodstock, the show will focus on Sixties images I have done of the festival itself and other music/cultural events of that period. However we’ll also have a smattering of Impressionist flowers and kaleidoscopic interpretations of reality. So this is a “taste” of this body of work. The films I show here, should be enough to space you out and put you in a really good mood. Some of the films are meditative while some are pure rock n’ roll. Meditative as well as sensory expanding are appropriate descriptions. Perhaps the best description is “trippy.”